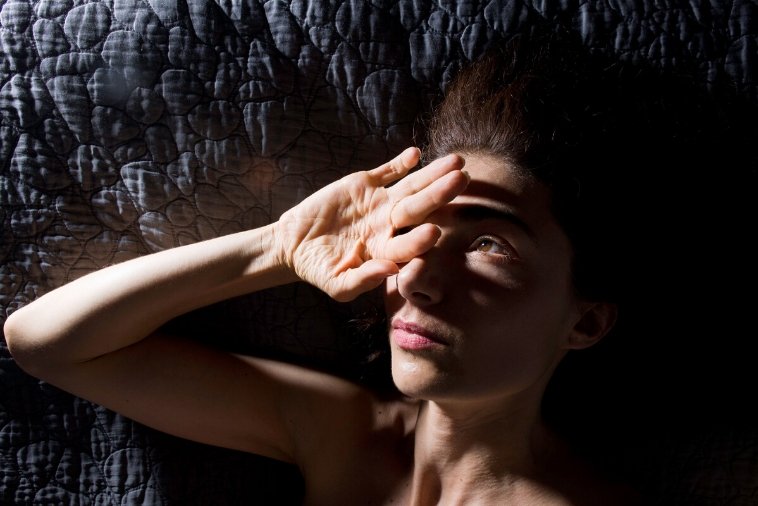 In the middle of the night, I wake up feeling warm. I open the window and pull my hair back into a ponytail and drink some water. Then I glance at my phone, delete a few things, and see some spam. I hit unsubscribe and go back to bed. Then I lie there thinking, What if by opening that spam email I got myself hacked? What if I just sent everyone in my contact list a Burger King ad at two in the morning?

Now wide awake, I move on to other concerns: my parents’ health, my stepson’s college tuition, pending deadlines. Hours roll by. I tackle real-life math problems: how many weeks I have before getting my next freelance check, how many years until my husband and I pay off our mortgage, how much will be in my retirement account in 2040, how many hours of sleep I will get on this night. Six… five and a half… Then it’s six a.m., time to make breakfast and send my 13-year-old son off to school.

Members of Generation X like me—those born between 1965 and 1980—report sleeping fewer hours per night than their Silent Generation grandparents, Boomers, Millennials and Generation Z. Sleeplessness is particularly common among Gen X women, a third of whom get less than seven hours a night on average. Even compared to Gen X men, we do worse when it comes to both falling asleep and staying asleep. A 2017 national report found that perimenopausal women were least likely to sleep more than seven hours a night, followed by postmenopausal women.

Gen Xers not only sleep less than other generations—studies often find us to be more anxious than previous generations. Nearly 60% of those born between 1965 and 1979 describe themselves as stressed about subjects like their finances and caring for loved ones.

“By many objective measures, the lives of women in the United States have improved over the past thirty-five years,” wrote the authors of an analysis of General Social Survey data a decade ago, as the oldest members of Generation X entered middle age. “Yet we show that measures of subjective well-being indicate that women’s happiness has declined both absolutely and relative to men.” If we flail about for solutions, it may be because we are trying to do something new.

The year I was born, Gail Sheehy published the mega-bestseller Passages, which took seriously both men’s and women’s midlife reckoning with their mortality and described predictable phases of life in the manner of the “terrible twos,” with tags including “Trying 20s” and “Forlorn 40s.” According to Sheehy, the years between 35 and 45 are the “Deadline Decade.”

When Sheehy wrote a new introduction to Passages in 2006, she acknowledged that Gen X women were playing a whole new ballgame: “There are still broad, general stages of adulthood, and predictable passages between them. But the timetable has stretched by at least ten years, and counting. Age norms for major life events have become highly elastic. Since there is no longer a standard life cycle, people are left to customize their own.” Women of this generation, she wrote, are living “cyclical lives that demand they start over again and again.”

According to a 2016 Gallup poll, 16% of Gen Xers were single and had never been married when they were between 18-30 years old, compared to 10% of Boomers and just 4% of our grandparents’ generation when they were the same age. Thanks to us, the ages at which Americans marry and have children are now at new highs. The median age of first marriage, which hovered between 20 and 22 from 1890 to 1980, has risen in recent years to almost 28 for women, and 30 for men. This is especially true for women who pursue higher education and who seek to rise in the ranks at work. According to the Pew Research Center, about a quarter of women near the end of their childbearing years with at least a master’s degree have not had children.

Middle age is different for Gen X women than it was for our mothers and grandmothers. They struggled with midlife stressors and hormone-related sleep trouble, too, but in their 40s, they were most likely empty-nesters, holding down a less-than-full-time job, if they worked outside the home at all. Our generation’s delay in childbearing means that as we enter our 40s we are likely to have children who, on average, are fourteen. While men are doing more these days to take care of the elderly as well as children, caregiving responsibilities still fall on middle-aged women more than on any other group. Middle-aged Gen X women bear financial responsibilities that men had in the old days while still saddled with traditional caregiving duties. We generally incur this double whammy precisely while hitting peak stress in both career and child-raising; in 2017, a major Gallup poll found that the two biggest stressors women reported were work and children, with a compounding effect on those having both.

Further, given the surge in divorce rates when we were young, in middle age many of us are dealing with parents who don’t live together, which often adds tension and doubles the number of houses that need cleaning. And the supply of possible caregivers is declining: In 2010, the ratio of those caregivers to people needing care was seven to one. By 2030, it’s predicted to be four to one; by 2050, just three to one.

Thanks to corporate downsizing and the rise of the gig economy, we also lack job stability at a time when it’s hard enough to pay the bills. Gen X has more debt and less money saved than any other generation (and women save even less than men). At the same time, we face a significantly higher cost of living than Boomers did at our age, particularly when it comes to essentials like housing. Because my husband and I are both self-employed, we pay for our own health insurance through our state’s health exchange. We have the cheapest bronze plan, and it’s $1,247 a month. Adjusted for inflation, insurance costs have grown by 740% since 1984, and Americans now spend twice as much out of pocket as they did then.

For Gen X women, all of these stressors are exacerbated by the profound changes our bodies go through in the years leading up to menopause (which occurs, on average, at age 51). “Sleep is very sensitive to hormonal shifts. When your hormones start shifting in wild ways, there might be insomnia, changes to bedtime, night waking. It can come in any of those forms or all of them,” says Janet K. Kennedy, PhD, clinical psychologist and author of The Good Sleeper. “The hardest part is that it’s unpredictable.” For some women, perimenopause—the timeframe of transition into menopause—isn’t a big deal. For others, symptoms can include a bulging midriff, breast pain and cysts, moodiness, changes in appetite, energy, and concentration level—and major sleep disturbances. In a widely cited AARP survey, 75% of menopausal women said that such symptoms interfered with their lives.

The unique confluence of stressors and hormonal shifts poses a sort of chicken-or-egg problem for Gen X women: the symptoms of hormonal fluctuation (like sleeplessness) are exacerbated by stress, while those symptoms (like not sleeping) in turn raise stress levels. “How well your ovary functions depends on your cycle and your mental and emotional state. It’s all tied together,” says Dr. JoAnn Pinkerton, executive director of the North American Menopause Society. When she sees perimenopausal patients, Pinkerton asks them how much time they are spending on things like work, childcare, and caring for aging adults, and then draws a pie chart for them. Pinkerton says that looking at this visual representation of their obligations may help women understand why they could be feeling overwhelmed. If a patient asks her, “Why am I irritable at work?” she responds, “Well, you don’t just have work. You have work at work and work at home and work in the family and work in the community.”

It’s no wonder my friends and I swap sleep tips more often than we do recipes. We’ve all heard the solid advice about exercising and getting out into nature and moving the TV out of our bedrooms. And most of that helps, though none of it is a silver bullet. One go-to stress reducer is wine, though unfortunately that causes what comedian Bridget Everett calls the “Chardonnay shocker”—when you’re woken up by a sugar rush paired with the booze wearing off at four in the morning. In my experience, this is often followed by what a New Yorker cartoon depicts as my own private movie theater hell: “Now playing . . . Everything You Said at the Party.”

Sometimes it feels that everyone I know is trying something to help them sleep, from melatonin to Ambien (in spite of the drug’s receiving a black-box warning in May 2019) to CBD oil to noise-canceling headphones to the latest self-help book on mindfulness or meditation or the keto diet or certain antidepressants (now taken by one in five middle-aged women). My friend Sheri uses something called the MegRhythm Steaming Eye Mask, which she buys at an Asian food grocery store. It’s a disposable eye mask that gets hot through oxidation and exudes a smell like lavender. “It looks like you’re wearing a maxi pad on your face,” Sheri says, “but otherwise it’s awesome.”

Gen X women’s attempt to innovate in the field of self-care is often part of an attempt to avoid hormone therapy. Most of the leading gynecology experts I spoke with said that hormone replacement therapy (HRT) remains the single most effective scientifically proven treatment for symptoms of menopause like hot flashes, which can keep us up at night. For years, HRT was believed to be associated with dangerous side effects. But in 2017, the North American Menopause Society claimed that the increased risk of cancer, stroke, and blood clots thought to be associated with HRT had been overstated. (HRT appears to raise the risk of these health problems far less than being overweight or smoking, for example.)

Anything may help at least some women sleep for some period of time. Personally, I’ve tried hormones via a low-dose birth control pill (which did even out my mood swings), and exercising more and getting out into nature and even the steaming eye mask. And all of it helped for a while, but I do still wake up at night. What’s given me the most comfort is actually realizing that what I used to think of as my own neurotic anxieties aren’t only mine—they’re my generation’s. I’m reassured—if also a little depressed—to know that when I’m up in the middle of the night staring at the ceiling, millions of other women my age are too.

The original article can be found here: https://time.com/5759867/ada-calhoun-gen-x-women-insomnia/ 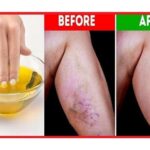 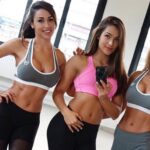 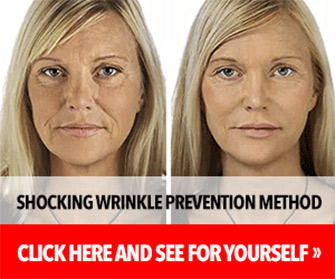